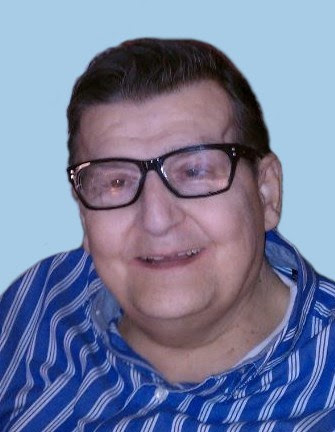 PROVIDENCE, R.I. – International country artist Cerrito lost his beloved brother, Bernie Lanzi, 79,  from complications due to the COVID-19 virus. He was staying at Golden Crest Nursing and Rehabilitation in North Providence, Rhode Island. Lanzi was diagnosed on Saturday, March 28th and passed on Monday, March 30th from complications due to the viral infection. Lanzi was laid to rest on Thursday, April 2nd.

Lanzi was the first person to pass from the virus at Golden Crest. To date there has been a second death with at least 23 confirmed cases at the nursing and rehabilitation center in North Providence. The virus continues to spread as similar facilities across the country continue to operate on lock-down. Cerrito’s sister Marie is also housed at Gold Crest and tested positive on Wednesday.

Peter Pezzelli, a spokesman for the facility states, “Bernie was a much-loved member of the Golden Crest family for many years and will be greatly missed.”

Cerrito urges all to abide by government warnings. Keeping a safe distance and following strict hygiene guidelines will save lives. The timeless country star mourns the loss of his dear brother and continues to keep faith as Lanzi himself would be the first one to think of others’ needs before his own.

“It is a very trying time for my family. This is horrible for anyone going through this terrible time. The priest and five of my family members laid Bernie to rest yesterday. I pray everyone stays at home. No one is safe from this virus. Listen to what you are being told to do. Tu Amigo, Cerrito.”

The family is asking, in lieu of flowers, for donations to the Johnny LoBello Friendship Fund, P.O. Box 19542, Johnston, Rhode Island 02919. The foundation is attributed to Cerrito’s nephew and Sandra LoBello’s son, who died in 2002 due to a rare form of blood cancer. The foundation supports programs that encourage the development and education of children, especially those whose lives have been touched by cancer.

To donate and learn more about the Johnny LoBello Friendship Fund, click here.

To listen to Cerrito’s music and stay up to date on the latest announcements, follow his socials and artist platforms linked below.
Website | Facebook | Spotify | Apple Music
About Cerrito:
William Thomas Cerrito is an Italian-American whose childhood musical foundation was hearing soundtracks of Patsy Cline, Hank Williams, Kitty Wells, Eddy Arnold and Loretta Lynn, but quickly fell in love with the Spanish culture and language. Hailing from Rhode Island, Cerrito moved to San Antonio in his 20’s in an effort to pursue a career in country music. While in Texas he began to develop his stage presence adding that right “kick” to his performances as well as intertwining the bilingual effect into his music. Fortunately, there were music icons urging Cerrito to continue his quest in Nashville, among them Dottie West and Lacy J. Dalton. Jim Halsey and Roy Clark were other vocal supporters. Cerrito has created a whole new throng of country music fans by singing and recording classic country lyrics as well as new material in alternating English and Spanish. Reuniting in Nashville with Felipe de La Rosa, Cerrito was signed to Checo Records, an indie label created to embrace the Hispanic market.
# # #
Suggested Tweet:
International country artist #Cerrito mourns the passing of his brother, Bernie Lanzi due to complications of #COVID-19