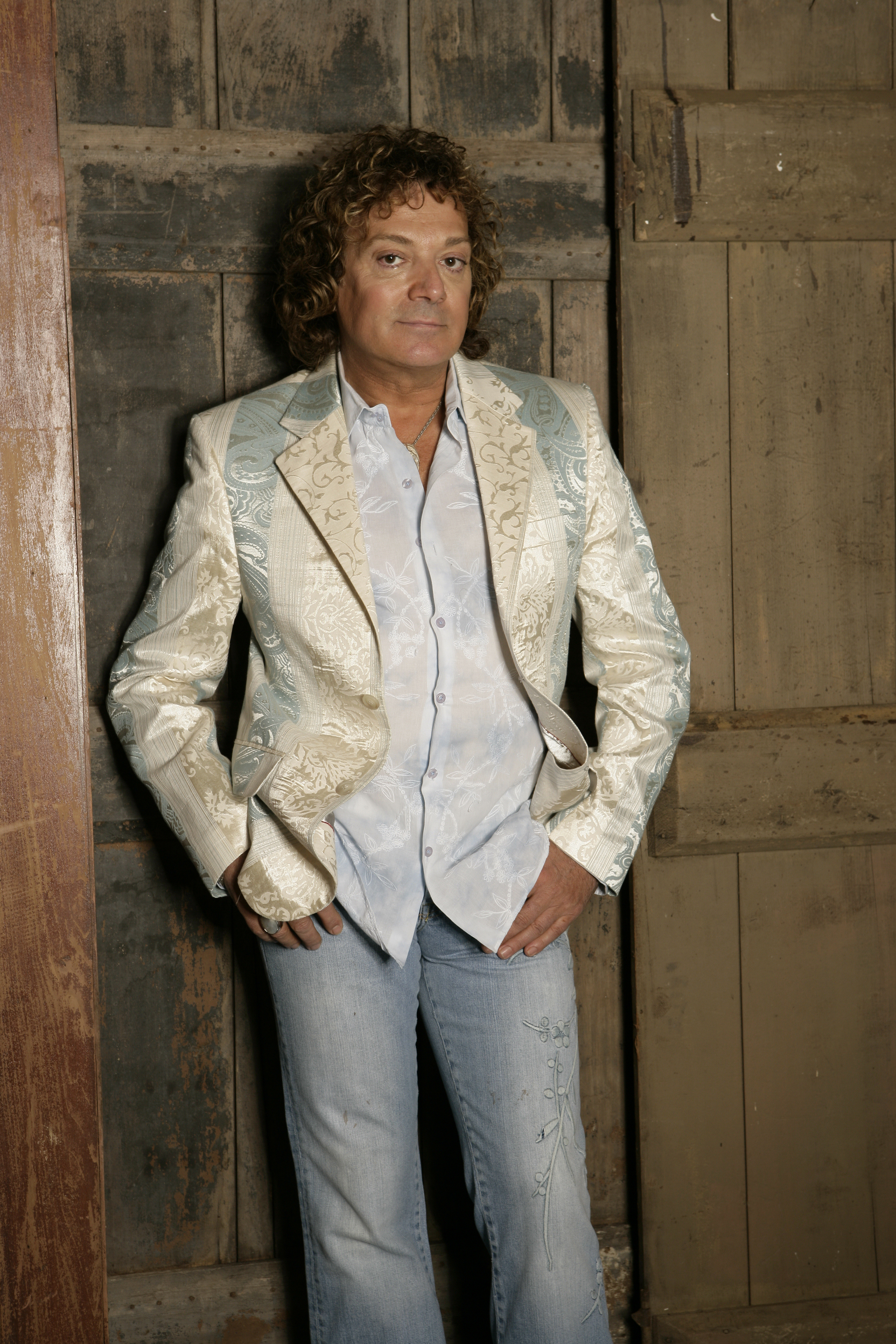 William Thomas Cerrito is an Italian-American whose childhood musical foundation was hearing soundtracks of Patsy Cline, Hank Williams, Kitty Wells, Eddy Arnold and Loretta Lynn, but quickly fell in love with the Spanish culture and language.   Hailing from Rhode Island, Cerrito moved to San Antonio in his 20’s in an effort to pursue a career in country music.  While in Texas he began to develop his stage presence adding that right “kick” to his performances as well as intertwining the bilingual affect into his music.  He quickly became an in-demand performer, which led him to Las Vegas were he ultimately met Felipe de La Rosa, choreographer and tour manager for the flamenco guitar playing “cuchi cuchi” bombshell Charo.  Upon Charo hearing Cerrito sing, he was offered a touring job and that meeting between Felipe, Charo and Cerrito changed his career direction forever.

“Cerrito is super-talented and real artist,” says Charo.  “When he performed at my restaurant in Hawaii, the people were going crazy every night.”  Cerrito toured with Charo for two-years – from Atlantic City to Los Angeles – and worked her Kauai, Hawaii, showroom seven-nights a week for 16 months.  It became a favorite haunt for such notables as Alice Cooper, Madonna and Sean Penn.

After his stint with Charo, Cerrito made his way to Nashville signing an independent label deal and quickly charted two singles in Billboard.  Unfortunately, he arrived just as Country music was taking a direction different from the one he wanted to travel.  “The 90’s on Music Row was an era of huge money,” says Cerrito.  “That’s when labels were spending a million dollars to break an act.  Since I was pitching Country music English and Spanish, I found that kind of deal was out of my reach.  The labels were like, “We’ve tried it.  We’ve done it.  And we don’t want to hear it.”

Fortunately, there were music icons urging Cerrito to continue his quest, among them Dottie West and Lacy J. Dalton.  Jim Halsey, then the powerful manager of The Oak Ridge Boys and Roy Clark, was another vocal supporter.

Cerrito has created a whole new throng of country music fans by singing and recording classic country lyrics as well as new material in alternating English and Spanish.  Reuniting in Nashville with Felipe de La Rosa, Cerrito was signed to Checo Records, an indie label created to embrace the Hispanic market.

Cerrito’s vision and persistence have paid off.  His recording of Hank Williams’ “Mansion On The Hill,” with Hank’s daughter Jett charted domestically in Music Row, New Music Weekly, and Inside Country music magazines; and this and other singles have made the charts in Austria, Australia, Belgium, Denmark, France, Germany, Ireland, Italy, Japan, Malta, the Netherlands, Norway, Poland, Spain, Sweden, and Great Britain.

While American country audiences are just getting to know Cerrito, his voice is already familiar to fans around the world.  Country stars are also among his most enthusiastic supporters.  Cerrito has recorded with two-time CMA Female Vocalist of the Year Janie Fricke, Oscar nominated artist Lane Brody, Grammy winner Lynn Anderson, Kathie Baillie, Elizabeth Cook, and so many others.

Cerrito is so deft in involving his audiences that his shows feel more like festivals than regular concerts.  “Blending English and Spanish in my music is instinctive for me.  In San Antonio, I sang country music with mariachi players, and the audiences would go wild.  I’ve worked all the border towns in Texas – Laredo, El Paso, Eagle Rock.  I’ve played Bandera, which is the honkiest honkytonk of all.”